What is a false pregnancy or pseudo-pregnancy?

Dogs that have not been castrated can become false pregnant some time after they were in heat. Even though the dog has not become pregnant during heat, she thinks that she is pregnant anyway. The hormones are to blame, which will turn your dog's life upside down.

How do I recognize a false pregnancy?

If you have an uncastrated female dog, you should pay attention to mental and physical behavioural problems in the four to nine weeks after she is in heat. Especially smaller dog breeds, such as dachshunds, have a stronger tendency to a false pregnancy.
Every dog is an individual, therefore different symptoms can appear during the false pregnancy. The following characteristics indicate a false pregnancy:

What is the cause of a false pregnancy?

How long does a dog remain a false pregnant?

This question cannot be answered exactly. However, one should expect 10 to 30 days for the symptoms to subside. A false pregnancy does not necessarily occur again after each heat. However, one can expect that the symptoms are always similarly pronounced.

Does my dog have to go to the vet?

Not necessarily. However, if the symptoms are very pronounced, a visit to the vet is definitely advisable.

Can a false pregnancy be diagnosed?

Usually a diagnosis is made by observing the behaviour of the dog. The veterinarian will usually ask about the dog's behavior and check for physical symptoms. Additionally, the examination will of course rule out the possibility that the dog is not actually pregnant.

How can I treat the apparent pregnancy of my dog?

Usually, no proper treatment is given, as the symptoms subside after a few weeks. If the symptoms are very mild, some dog owners may not even notice their dog's false pregnancy.
However, if the dog shows very strong symptoms, such as becoming very aggressive towards the owner, the veterinarian may consider treatment appropriate. The symptoms of a false pregnancy can be reduced by medication. For example, a prolactin inhibitor may reduce the release of the hormone prolactin. However, these medications will only be used if a pregnancy can be completely ruled out.
Castration of the dog during the false pregnancy is not a method of treatment. Castration could cause even more severe symptoms at this point. However, under certain circumstances, castration can be a sensible way of bowing afterwards. You should discuss this with your vet.

How can I make the false pregnancy of my dog more pleasant?

Be especially sensitive and show a lot of understanding. The best way to distract your dog is to take her for nice walks. Note, however, that your dog may be less lively due to the false pregnancy.
It's best to take your dog's toys away for the time being, so she doesn't have the opportunity to nest and mother her toys.
During the time of the false pregnancy, also pay attention to your dog's teats. However, avoid any massages or intensive stroking, in order not to stimulate the milk production further. Also make sure that the mammary gland is reduced in size again after the end of the false pregnancy and that it does not become inflamed. If the bitch's teats are red and warm, this may indicate an inflammation which must be treated with antibiotics.
In summary, it can be said that the false pregnancy in a bitch is very normal and not of pathological origin. However, in this period you should 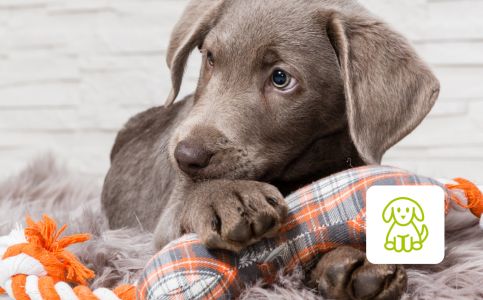 Puppy guide part 1 - Tips for your puppy's move in

Finally a new addition to your familiy: a cute little puppy. This is a very exciting … 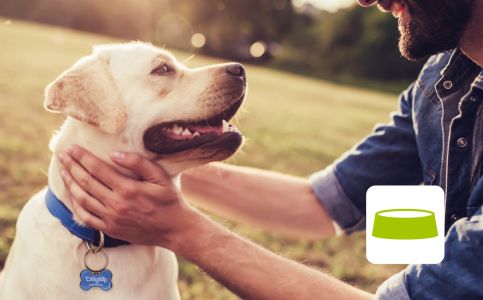 The digital dog tag Dogtap is coming to Fressnapf!

We have a great announcement! The digital dog brand Dogtap is no longer only available …

10 reasons why your dog needs a Dogtap 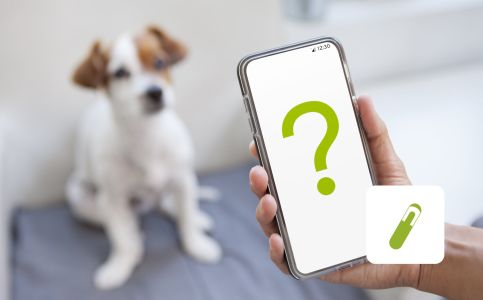 Scanning the dog's chip with the smartphone - possible or not?